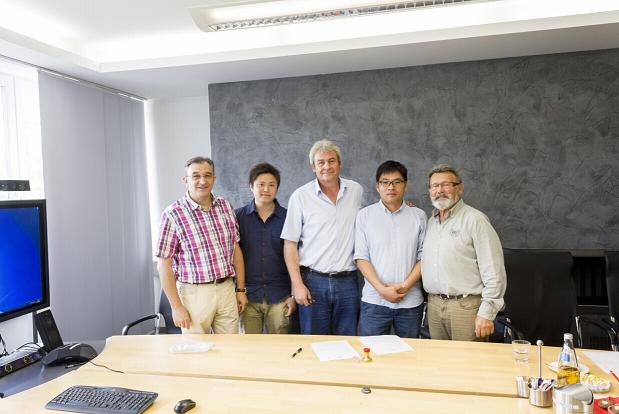 Dominique Imbert, the creator of Focus, was born in Montpellier in the south of France in 1940. After studying literature in London and Paris, he became, ‘by accident’, as he puts it, an ethnologist in Alaska and an assistant chef in Manhattan, before being awarded a Doctorate in Sociology at the Sorbonne and becoming a history professor in a Paris lycée. After teaching for four years, he decided he preferred shaping metal to moulding young minds and gave up the blackboard for an anvil and a welding torch.

Tucked away in the foothills of the Cévennes, in a medieval village in the garrigue north of Montpellier, he took up his new calling with ardour: forging, welding and sculpting, heating and shaping metal. What drove him to defy the fundamental elements in this way?

a firm belief in "Made en France"

Focus remains where it began life, in the village of Viols-le-Fort in the south of France, in the stone house renovated by Dominique Imbert. This is where he created the very first Antéfocus, and today it is the company’s head office. It is also the workshop (L’Atelier Dominique Imbert) where Focus models are conceived and designed.It is from this medieval hamlet in the midst of the Mediterranean garrigue that Focus exports its fireplaces all over the planet.

Planika is the leader in developing and designing the long line of real fire, even there where you wouldn’t imagine. With the application of the most modern technologies, we can provide natural flames everywhere, without exceptions.